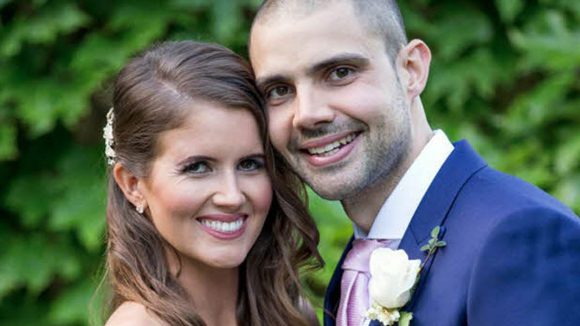 Australia has watched these couples quickly fall in – and out – of love, but where are the season two Married At First Sight couples now?

Christie & Mark
The couple were still very much loved up in the season finale, although they couldn’t decide where to live – either atMark’s farm in Victoria or at Christie’s in Sydney. Christie did spend some time at Mark’s farm, but ultimately still lived in Sydney and the couple had a long distance relationship.

Oh my how cute ! They are warming to me #cityvscountry #marksfarm #9married #calves #farmlife

This arrangement saw their relationship dwindle and they ended up splitting in June. Christie took a girls trip to Bali, had the time of her life, and appeared to be all smiles afterwards. Meanwhile, Mark still lives in his farm in rural Victoria with his cute animals.

Despite their split, they were seen at an event two weeks ago – the two seem to be getting along just fine!

Clare & Jono
The show’s controversial couple failed to find love, with Clare breaking off the relationship on episode 5 after she revealed she was “uncomfortable” with Jono’s angry outbursts.

After the show it was revealed that Jono had been previously charged with assault after a bar brawl and ordered to complete an anger management course. Claredid reveal in the show that she suffered from PTSD after being attacked by a stranger – not such a good move on the part of the show’s producers, who admitted they knew of his past.

Clare is now Insta famous with 34.9 thousand followers, and still drives Ubers. She has won audiences over with her outspoken nature, and since the show has taken a lesson on how to be a good wife, broken her wrist after a night out with co-star Erin and declared Dr Chris Brown as her ideal husband.

Jono, in contrast, has kept a relatively low profile since the show wrapped up. He was rumoured to be dating an ex-girlfriend again after the show, but we’re not sure what happened with that!

Girls night in with wine, chocolate & the bachelor catch up #SaturdayNights #AllTheDogsWereInvited

By the looks of their Instagram, this loved up couple are still very much together, being the only couple to make it work since the show ended. Let’s face it, this is a big accomplishment compared to their co-stars, so a big kudos to them!

Since the show, Erin has launched a fashion blog and has been very active on social media. She has an impressive 58 thousand Instagram followers, and appears to be doing very well with her own label, The Boy Is Mine. You go girl.

As we all know, Simone made the decision to move on from the relationship with Xavier after revealing that it lacked romance. Since then Simone has become something of a beauty entrepeneur, launching a beauty website and garnering thousands of followers.

Meanwhile, Ex-husband Xavier has been reported to have moved on with a new flame, after posting pictures of himself and a mystery woman on Instagram.