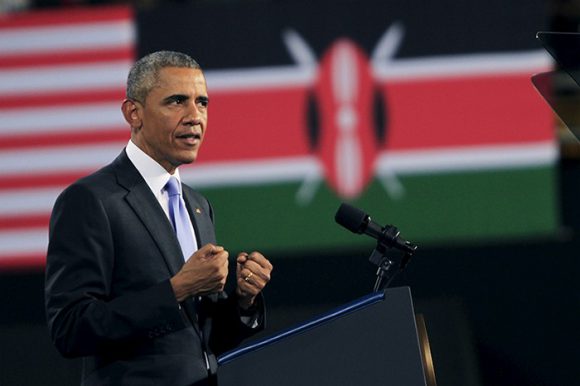 In a speech at State House in Nairobi on Saturday, the US president criticised Africa’s homophobic culture, comparing it to racial discrimination in the United States.

“When a government gets in the habit of treating people differently, those habits can spread. As an African-American in the United States, I am painfully aware of the history of what happens when people are treated differently,” he said in the televised speech.

Obama’s comments contrasted sharply with Kenyan president Uhuru Kenyatta, who publicly disagreed with him. He said that gay rights are “not really an issue on the foremost mind of Kenyans”, stating that health, education, road development and a greater representation of women in society were higher in their agenda.

“Maybe once, like you have overcome some of these challenges, we can begin to look at new ones,” Kenyatta said.

“There are some things that we must admit we don’t share.”

Obama also made strong statements against Africa’s treatment of women and girls, saying that treating them as “second-class citizens” were “bad traditions” that needed to change.

“There’s no excuse for sexual assault or domestic violence, there’s no reason that young girls should suffer genital mutilation, there’s no place in a civilised society for the early or forced marriage of children,” the US president said.